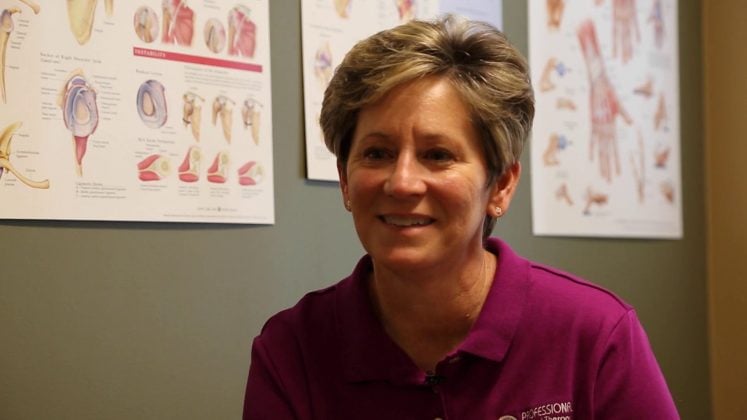 Every private practice goes through its growing pains, but for Stacey Raybuck Schatz, too many struggles in a short amount of time almost caused her to close her PT practice. Facing an increase in local competition plus tough business challenges, she knew she had to change direction and do something different to save her practice and the jobs of her staff.

The year 2014 was a turning point for Stacey. After going through the process of separating the practice from her business partner, she faced a family illness that took her away from the practice for almost half a year—and also left her without a paycheck.

“Staff morale was at an all-time low,” recalls Stacey. “I was basically paying my staff but not able to pay myself, plus I ended up paying $46K out of pocket for my daughter’s healthcare, so things were bad. I really wrestled with the idea of selling my practice and getting out. I was mentally drained.”

Stacey faced two options: sell the practice or turn it around. After acknowledging she wouldn’t be happy working for someone else, Stacey made a firm decision to do whatever it took to completely transform her practice, which is when she discovered Breakthrough.

To start thinking outside of the box, Stacey decided that direct access marketing was her best bet at differentiating herself and growing her practice. She turned to Killer Marketing and Growth X to market PT direct to the consumer and not just keep her doors open, but also take her practice to its highest-ever level of profitability.

“I was all-in because it was something new, something disruptive to the industry in the sense that nobody was doing it,” says Stacey, noting that she believed Growth X had the greatest potential to reach an audience that her practice was not able to connect with.

Once she laid the groundwork for her new marketing strategy, she turned to Growth X to “turn up the faucet” so she could hire more PTs and staff to get her clinic to the next level.