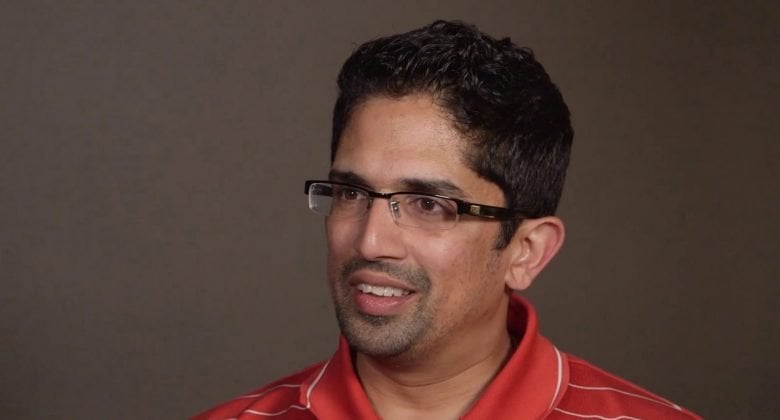 In 2006 after years of 1000+ patient visits per month, ​his practice plummeted to an all-time low of just 56 visits per week, he was at a loss as to how to turn it around—and spent years trying to fix it.

But by implementing Breakthrough's practice growth strategies, Hersh was able to create the highest patient volume his practice had seen in five years.

Hersh Shukla is the owner and physical therapist at Orthopedic & Spine Physical Therapy in Carlisle, PA, about 20 minutes south of the state’s capital. The practice opened its doors in 2004 and provides full-service outpatient orthopedic physical therapy.

OSPT has a family-oriented culture. Shukla doesn’t just want to build a profitable practice but also to provide value to his team and the community at large. His first goal is always to make people feel better and get them back to functioning the way they expect, and that vision carries over into everything they do, including the way they now market the practice using Growth X.

Life Before Growth X: Breaking Even Was Considered Acceptable

When many PTs go into private practice ownership, they want to do better than just make ends meet. They expect profitability that will give them more time freedom and allow them to achieve larger personal and career goals. But Shukla recalls a time when breaking even sounded like a good deal.

Like many practice owners, Shukla believed that if he kept doing the same things, he would continue getting the same results. But that theory was dashed during the economic downturn of 2008 that would send his practice plummeting.

In an attempt to turn around the business, Shukla tried many of the same techniques other PTs use, such as visiting physicians, direct mail, and hosting doctor luncheons. And even though visiting physicians seemed to work for a while, it wasn’t sustainable and eventually the results trended down.

Shukla was able to figure out some things on his own that would help him get back to a break-even point, but that still wasn’t the final destination.

“For me, break-even was good,” claims Shukla. “It meant I had some intrinsic value in my business. But at the same time, I couldn’t help my staff. I couldn’t help my family achieve their goals or show them the appreciation they deserve.”

After Starting with Growth X

Shukla’s flatlining profits made him feel inadequate, and he even considered closing his practice. But after implementing Growth X to automate his marketing, he’s glad he didn’t decide to go out of business.

“At first, I was skeptical to try this out,” remarks Shukla. “I was worried about mailing something to 10,000 homes because of the cost and because I’d tried direct mail before, and it didn’t work. But I tried it because I saw how it helped other practice owners.”

One mailing and two days later, the phones at OSPT were ringing off the hook.

“Before this, I was seeing 12-14 new patients per week. The week after the first mailing, I saw 20 new patients. And it grew from there—I saw a 33% increase in new patients each month since starting with [Breakthrough], and patient volume is higher than it’s been in five years.”

In addition, Shukla has noticed lots of new faces in his workshops. Before Growth X, the only people that would attend a class were former patients. While that wasn’t a bad thing, it also meant that he wasn’t getting in front of new audiences that he could potentially help.

Through Growth X, Shukla is not only widening his reach but also increasing his presence in the community. “People actually recognize me when I’m out and about,” he laughs.

For Shukla, the automation aspect has been game-changing. It not only saves him time by eliminating much of the manual work but also helps to remove the guesswork of how to market himself.

“Facebook marketing, in particular, is challenging, not only in the restrictions Facebook imposes but also knowing what to put out there. Growth X automates it all for me, and all the content is done for me.”

Shukla acknowledges that he does have to spend a little time making videos to post on social media. But given the level of celebrity and credibility the videos create, it’s time well spent.

Now, Shukla reveals he’s seeing about 56 more patients per week, which adds about $5,000 per week in extra income—a profit that more than justifies what he pays for Growtht X.