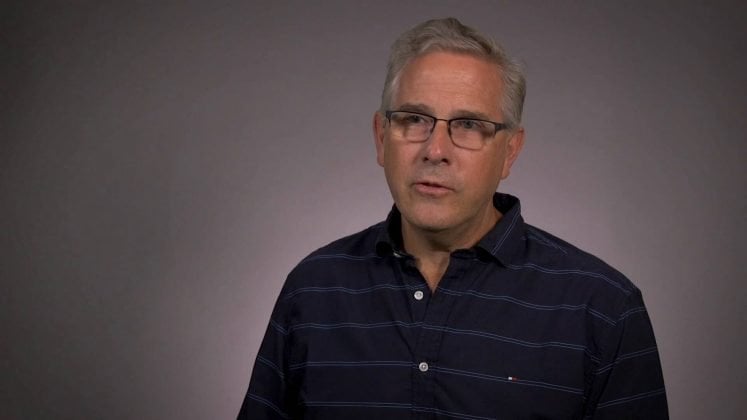 Peter Young has two Physical Therapy clinics in NY and is a current Breakthrough customer. With the help of Growth X, the revenue at Peter's practice was able to cross the million-dollar threshold! His goal is to double that figure within ten years.

Dr.  Young was skeptical about Growth X and wasn’t sure if he could afford it. But once he pulled the trigger, he could see noticeable growth in both of his practice locations.

Dr. Peter Young was enjoying running two successful practices in the Buffalo-Niagara Falls area of New York. But as referrals started going down and competition came to town, he knew that doing things the way he always had wasn’t working anymore.

He acknowledged that he needed to do something different but was skeptical as to whether Breakthrough and Growth X were the right path to take. He jumped into Growth X, even though it was a big investment—and started noticing the difference almost immediately.

Taking a Leap of Faith with Growth X

Having been a devout follower of the Killer Marketing program for two years, Peter saw first-hand the expertise and effectiveness that Breakthrough provided. “We implemented and executed all the systems that were taught here, and we were experiencing some nice growth,” he recalls.

But then, he started noticing his referrals were slowly declining. “It wasn’t enough to set me into panic mode yet, but seeing the writing on the wall with the hospital-owned practices, I recognized that I really needed to do something different in the marketing perspective.”

After implementing Growth X, the team set about fixing their funnel to improve the patient experience. “Having [the funnel] in place was really critical because it prepared us for the influx of patients.”

Making the investment in Growth X was “truly a  leap of faith,” Peter admits, noting that it was a decision he and his business partner made together. But it was a decision that would quickly pay off, leaving any doubts about money being well spent in the past.

The Impact of Growth X

Peter and his partner started with the workshops and found almost immediate success. “We’re getting 40 to 50 people registering on a regular basis, with about 25 to 30 people showing up. Of those, we’re converting about 15 or 20 patients consistently.”

The influx of new patients from the workshops has made a significant impact on both of his practices, and he compares the effort to a “rising tide [that] lifts all boats.” Though he initially set out to increase traffic at his newer location, he can apply what he learns in Growth X to both of his locations and see even bigger benefits.

Peter admits he doesn’t have the time, energy, or resources to make these connections, citing that it would require hundreds of hours to recreate what Growth X already does.

“There’s so much that is required to get our information out in terms of PT being an effective, preferable form of care. The idea of making physical therapy the number one provider of care or the first choice among the general public is an amazing goal to have, and now, we have an easy way to deliver this information into their hands.”

Once Peter got set up with Growth X, all he had to worry about is showing up to the workshops and making sure his team is on point. “It’s a game-changer. Breakthrough is able to hit on all cylinders the things that are most critical… it’s like magic.”

On the Path to Doubling Revenue

Peter doesn’t have a full-time marketer on his payroll like some practices, but with Breakthrough, he doesn’t feel like he needs one. For him, Growth X is like hiring a marketer or consultant, but better because Breakthrough understands the physical therapy industry.

“The lessons that I’ve learned and the systems that I’ve put in place related to Killer Marketing handle much of the internal marketing side of things. So the expenses that you may incur from hiring somebody, this takes that place.”

Peter’s current revenue is just crossing the million-dollar threshold, but his goal is to double that figure within ten years. In addition, Peter is excited about the prospect of retiring and is planning an exit strategy with the help of Growth X.

“I’m cutting back on my treatment time by leveraging the time it would require me to market and do all the things Growth X does. Outside of doing the workshops and helping the staff make sure people are scheduled appropriately, I’m able to begin to dial back.”